Skip to content
3_KaDeWe
”Hello Italy” KaDeWe Shop Displays Berlin 2020
"KaDeWe ITALY"
For the KaDeWe in Berlin, the workshop designed a showcase for the campaign “Italy as a guest in Berlin”. For this purpose, 10 windows were developed with humorous little stories about freshly delivered delicacies from Italy.
Client: KaDeWe Berlin
Click anywhere to see more!

1001 Maximilianstrasse001
1001 Maximilianstrasse002
Tim john - Hermès Vitrines Fall 2013 in Germany
1002 Falckenbergstarsse
1ski 01 dark
1ski 01
1riding 01 dark
1riding 01
1golf 01 dark
1golf 01
1golf 02
1bicycle 02 dark
1bicycle 02
1bicycle 03
1bicycle 01 dark
1bicycle 01
Audi at the Art Basel/ Design Miami in Basel 2013
Together with Martin Schmitz Tim John designed an enormous Quattro cardboard lettering and built this together. Each letter was almost 2 m in size with a depth of 90 cm and made up of 107 hand glued layers of 7mm corrugated cardboard. The graphics resulted from a collaboration with the guys from 2erpack and Pia Kuhlemann. They completed this project in only 3 months, and built 7 letters with Urs Ulbrich and his team within a month.

After the last picture you can find a little "making of" video.
Client: E.Breuninger GmbH &Co
Photos: diephotodesigner.de
Click anywhere to see more!

001dark
001d
Breuninger_Englisch
003
005
006
011
013
014
015
018
020
Breuninger Flagship Store 2009
For the Breuninger flagship store, one of the largest privately run chain stores, Tim John designed interactive, motion-adaptive Christmas shop window displays in cooperation with Pia Kuhlemann (graphic design) and Markus der Seriis (mechatronics). The children windows could be set into motion with the help of a crank. Winding of the crank influenced the direction and the speed at which to turn, thus creating various actions and sounds in the shop window. The faster the viewer turned the handle, the faster was the tune and the movements in the shop window. It required a lot of skill to keep the tune at the right pace. Other windows were operated via a touch sensor thus getting a small choreography going.
Client: E.Breuninger GmbH &Co
Photo: Markus Heumann
Click anywhere to see more!

Together with designers, graphic designers, illustrators and mechatronics engineers ideas come to life.
They are created in professional cooperation with great feelings for
detail; living on humour and playful ease and characterised by
devoted craftsmanship.

The studio supplies design, planning, production and implementation of:

Places and spaces in the best of hands.
Photo: Jochen Hirschfeld
Click anywhere to see more! 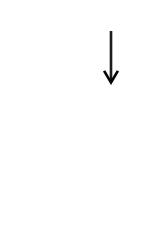